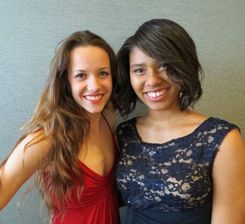 Seniors Julia McDermott (Drama) and  Darynn Dean (Choir) were named LA Spotlight Winners in the Contemporary Vocal category. This competition category started with over 560 singers from all around metro LA and our two Costa girls won!  They both will sing solos at The Spotlight Awards Gala Performance at the Walt Disney Concert Hall on Tuesday, March 31. $10 tickets are available at  http://www.musiccenter.org/education/Students-at-the-Center/Spotlight/.

And congratulations to Cole Riddle (Band) who was a Semi-Finalist winner in the Jazz category. 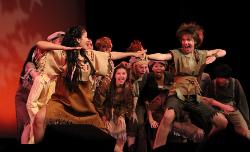 At the Pantages Theater in Hollywood, the Mira Costa Drama Department took home the award for Best Musical for “Peter Pan.” Mira Costa also won for Best Ensemble/Chorus, Best Musical Direction, and Best Lighting Design. Costa received nominations for Best Technical Crew, Best Costume Design, and Best Orchestra. Junior Julia McDermott was one of three female Best Actress finalists out of 32 actresses, one from each participating school. The cast of Peter Pan was also chosen as one of just four schools to perform a song on stage during the awards show, and they received a special award for Audience Choice for Performance of the Night. Celebrity judges and presenters at the event included Cathy Rigby, Shirley Jones, Richard Chamberlain, George Chakiris, Russ Tamblyn and Ben Vereen. Vereen presented Mira Costa with the night’s top award.

Mira Costa Named One of 3 GRAMMY Signature School Gold Recipients ... in the Nation! 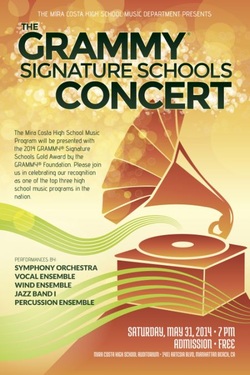 The GRAMMY Foundation's GRAMMY Signature Schools program recognizes public high schools across the U.S. that are providing excellent music education programs for their students. We are so proud of our music teachers and students for this incredible achievement. The GRAMMY Foundation press release:

March 18, 2014 -- 9:33 am PDT
The GRAMMY Foundation announced today that 12 schools nationwide have been selected as GRAMMY Signature Schools for 2014 and have been awarded cash grants totaling $58,500.

Michael Hayden Named a CALIFORNIA Teacher of the Year

On November 4, State Superintendent of Public Instruction Tom Torlakson named our very own Michael Hayden as California Teacher of the Year! We are all very proud of this magnificent achievement! Mr. Hayden will be honored at a gala in Sacramento on February 3, 2014. Click here for the news releases.

On Friday, September 27, Costa choir director Michael Hayden was officially named one of the 16 Teachers of the Year for Los Angeles County and will move on to the next level. Michael and 74 other teachers were honored at a luncheon/ceremony. Congratulations to Michael! We are all very proud!

The National High School Broadcast Adviser of the Year program, sponsored by Lindenwood University, is designed to honor outstanding high school advisers and their exemplary work from the previous year, as well as throughout their careers. We are proud of Mr. Hernandez for being recognized in his field! 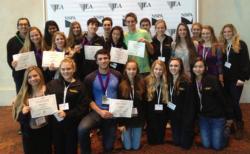 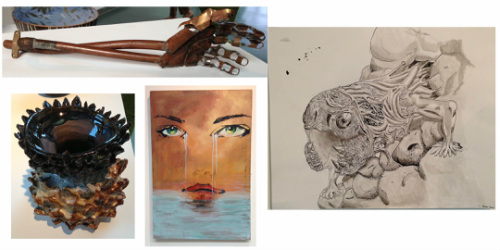 Broadcast Journalism students from the Mustang Morning News staff are finalists in the NSPA national journalism competition.
See their award-winning stories at http://studentpress.org/nspa/winners/bcstory12.html

Mustangs Shine in California Streaming Digital Photography Contest
20 Costa students entered this year's contest. Congratulations to Garrett Greller whose entry "Across the Universe" was a winner! Kudos, too, to Alessandra Anderson, Summer Novak, Ryan Lee, Victor Villavicencio and Savannah Wood, whose entries made Honorable Mention.
Follow this link to view all of the entries.  http://ito.lacoe.edu/cspc/entry.pl?run_mode=g...